I meant to make this blog weekly but want to update you with causes of inter-day events when they are important.

The strong Chinese manufacturing data caused world fixed income markets to open down in price and up in yield this morning (see the middle of Chart 2). 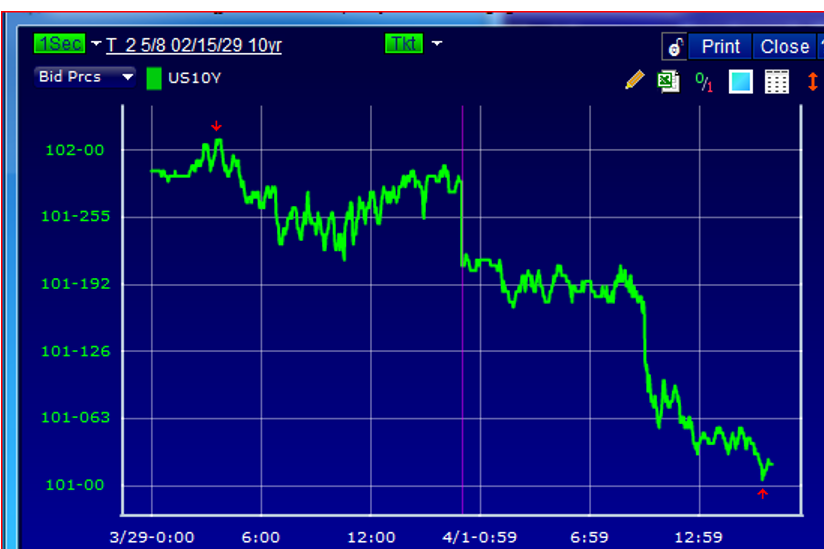 The Feb Retail Sales numbers were weak.  Looked like the market was going up.

The 2-year/5-year spread, which was -8 a week ago, steepened in to -1.  That means 5s, which were 8 bps lower in yield than 2s, are now only 1 less.  That means the delayed easing expected by the market of the Fed seems much less likely now.  The Chinese data did great damage to the narrative of a slowing global economy.  That may be temporary if US data, particularly Payrolls on Friday, is weak.

I am an old US Treasury bond arbitrage trader. I LOVE markets, the challenges in anticipating how they'll move, technicals, auctions, the Fed. I currently trade mortgage securities. My goal and interest is teaching bond math, Fed policy, and arbitrage techniques to non-professional investers and traders. View all posts by bondworldtrader